How It All Began…

Natalie has been swimming since the age of two. She received her first award at age six and has continued to be passionate about swimming her whole life. She reached Australian level in competitive swimming, before going on to become a swimming teacher and coach. Natalie went on to coach at the club she joined as a 6 year old, the Mighty Piranhas.

Natalie’s eldest child has Asperger’s Syndrome. The issue was raised at a support group meeting for children with an Autism Spectrum disorder, that there was no where these children could learn how to swim.

It is well documented and very evident at Swim 4 All that Autistic children love the water, however most do not respond well to regular group swimming classes. It is unfortunate that they therefore do not get a chance to master a skill in an environment that gives them great pleasure, but it also presents a great danger. Many autistic children have no fear and/or low impulse control and will therefore enter water without the skills to prevent themselves from drowning.

So, Natalie decided with the knowledge of how her son best learns and the knowledge acquired over years of teaching swimming to start the Swim 4 All program. With access to a primary school pool on Sundays Natalie began with just a handful of swimmers. Many years later Swim 4 All has taught hundreds of children with a disability or additional needs. Some of these children have gone on to swim competitively also.

Keeping with the water theme, Natalie and her husband Dean started wakeboarding. Finding it exciting but difficult to progress without a boat they tried kite boarding. It was slow progress at first, on a two-line kite and with two small children to chase on the beach. Eventually progress came when Cabrinha brought out their first bow kite.

After a few months getting proficient on the big 16m Crossbow kite, Natalie entered her 1st competition and surprisingly won. This motivated her to enter the Victorian Titles in 2007 and 2008 winning both years. Then she packed up the family and a borrowed caravan and headed to Tannum sands at Easter time 2009 to compete in the Nationals. After a nervous and shaky start she ended up placing 3rd in Australia.

Natalie put these kite boarding skills to good use, and kite boarded across Bass Strait to raise awareness of the need for more facilities teach more children with additional needs to swim. The world record crossing resulted in the purchase of the Werribee Swim Centre and the expansion of the Swim 4 All program to the Western suburbs.

Swim 4 All has expanded the program over two venues since beginning in 2010. The Swim 4 All program specialises in all abilities, including mainstream group classes to private classes for children on the Autism spectrum, those with Intellectual Disabilities, Cerebral Palsy, ADD, ADHD, Down Syndrome, Developmental Disorders, and many other special needs.

As a name suggests Swim 4 All caters to all swimmers wishing to join the program and reach their swimming potential.

The Werribee program began with predominately mainstream swimming lessons, and Swim 4 All has incorporated private classes into the scheduling to cater for children with additional needs from the Wyndham area.

The Murrumbeena program still caters primarily to swimmers requiring private classes with only few group classes available due to the limited space. 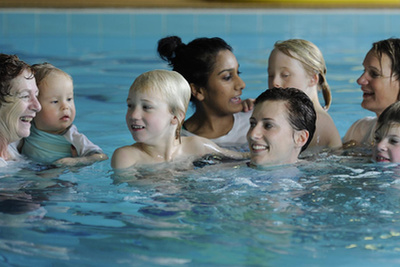 Latest From Our Blog